No Capture NX3, but NX-D instead

Almost silently, at least I missed it, Nikon released a Beta version of their Capture NX tool end of February this year. It’s called NX-D ( for Developer) and will replace NX 2 on its final release. If you’re interested, you can dind the press release here. The Beta version can be downloaded for free at beta.nikonimglib.com. 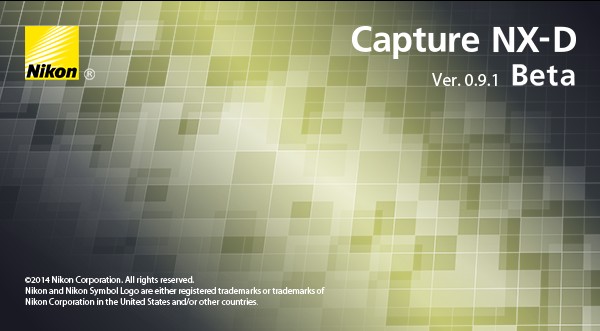 This write-up is by no means a final and definite review of NX-D, but just some simple first impressions and thoughts. Many people have been wondering what the future of Capture NX would be, if any. At least, that’s clear now. All the people that loved (and still love) NX2 for a number of its unique characteristics, like the U-Point technology allowing you to make control points for local adjustmentments to the image instead of the whole image, will be disappointed, because it’s gone in NX-D. Just as the other feature is, that allowed you to store multiple edit versions in the original .NEF file. Also gone. NX-D uses the sidecar concept like many of the competing products. I have the impression that all the features Nik Software (when it was still a stand-alone company) originally contributed, have all been removed. This means the end of a previous co-development for this products and all software development of NX-D is now done for 100% under Nikon’s responsibilty.

From what I can tell, it delivers all the functionalty you normally expect from such an editing tool. It allows you to work with Nikon’s RAW files in .NEF format, including the newer RAW-S and RAW-F types. You can make all the usual adjustments to the image and store it as a .JPG or .TIF file. The user interface of NX-D feels a bit out of date already (remeber, UI has never been Nikon’s forte) and is definitely behind the look and feel of the competition.

I have not intention to join the Capture NX bashing camp, but when it comes to NX-D I really have been looking what sets it apart from the competition and what makes it unique and attractive to work with. For me, with NX2 this was more than easy enough to do. NX-D is NX2 with all the fun removed and just another editing tool. I’ll keep monitoring the progress of it, though, but it seems that all the high hopes many of us once had of an all-encompassing NX3, have gone down the drain. What a shame. The original design had so much potential. It’s now up to Google, as the proud owner of Nik Software, to do something with it and provide a viable alternative.