My Elinchrom D-Lite 4 set came with two square softboxes. Both of the same size: 66cm x 66cm (roughly 2 x 2 foot). This is generally considered a small softbox. The larger the softbox, the softer the light. The smaller, the harder. More or less similar to the setup in chapter 5 Specularity and Depth of Light with Softboxes. I put a mark on the studio floor 1 metre from a black background. I put a stool above this mark so that the model’s head will be above it as well. Then, in a 45° angle, I put another mark at a distance of 50 centimetres (the book mentions 18 inches). Then three more marks each with a distance of 50 centimetres (and in the same 45° angle from the subject). So, that gave me marks at 50 centimetres, 1 metre, 1,5 metre and 2 metres. I had the softbox slightly above the model’s head and bending downwards a bit. The middle of the front diffusor was above the mark. 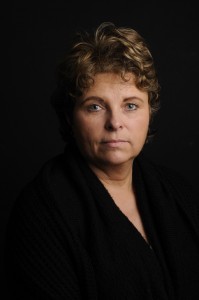 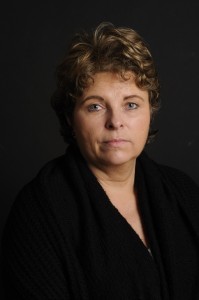 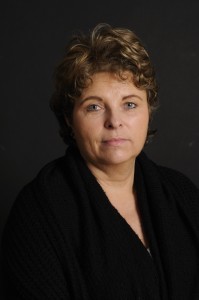 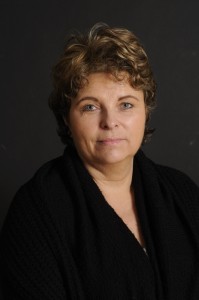 Shot 1 shows a relatively hard edge transfer (a hard transition to the shadows). It also shows a relatively quick fall off. The face is covered with soft light and no specular highlights to be seen. But the background (only just 1 metre away) is pretty dark. Shot 2 shows much softer shadows. Backgound is lit as well. The very beginnings of specular highlights to be discovered (chin, tip of the nose, forehead). Shadows in shot 3 are softer than on shot 2 (earring can now be seen). But also more pronounced specular highlights. But acceptable. Shot 4 us too flat to my taste anyway. Lack of shadows and too many (disturbing) specular highlights. The author of the book, Christopher Grey, uses as a rule of thumb: ideal distance is height of softbox plus its width. In my case this would mean: 66 + 66 = 132 centimetres. Somewhere between shot 2 and 3. It all depends, of course, on the effect you want to achieve as photographer. For a more dramatic effect, move the softbox closer (see shot 1). Nice experiment.

All images were shot in RAW and anly white balance adjusted afterwards. No other post processing modifications were made whatsoever.