Well, Nikon certainly did a very fine job of making all the headlines with the announcement of its mirorrless cameras, the Nikon 1 V1 and the Nikon 1 J1. All the serious photography websites and magazines gave it a lot of attention. Me personally, I couldn’t care less. I’m perfectly happy with my good old DSLR. A full frame camera one day, perhaps, but I cannot imagine I’ll go for a smaller sensor size with one of my next camera purchases. Don’t get me wrong, I don’t think there’s anything wrong with mirrorless systems in general. On the contrary, I think it’s the next logical step in the evolution and the only way forward. But not right now for me. 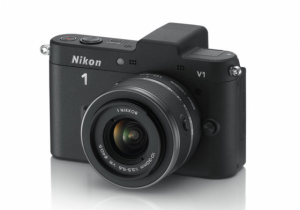 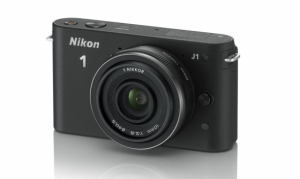 So now Nikon’s marketing dust can start to settle down. We had their Coolpix announcements in August and now the announcement of their first mirrorless cameras in September. For a brand like Nikon that’s more than enough for one year. But there’s a small rumour going round that there will be another Nikon announcement in October. The same rumour also says it will not be about any new full frame DSLR. So, not about the much anticipated D4 or D800.

I know it’s against all odds, but let’s just speculate and hope here for a second. The V1 and J1 cameras are positioned between the Nikon compact and DSLR cameras. Clearly Nikon the people at don’t want to cannibalize their DSLR marketshare with the new mirrorless equipment. The V1 and J1 cameras support NEF file format (Nikon’s RAW format). So, in Nikon’s vision the introduction of the new cameras will lead to a greater marketshare. And more people shooting in NEF. This (growing) community needs to be supplied with a state-of-the-art RAW conversion and editing tool (Capture NX2 2.2.8 they just released was only to accomodate the V1 and J1 models). That’s why Nikon’s software R&D people have been working very hard lately on a new release of Capture NX. That’s what Nikon will be announcing in October: Capture NX3! Not as big as the recent mirrorless announcement and not about new DSLR’s like the D4 or D800, but still very much needed and asked for. And that’s also why the book The Nikon Capture NX3 Book by Johan Kerver – a 160 page paperback – will be available in December. 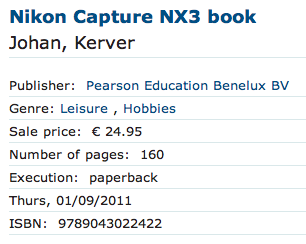 So now you know. Remember, you heard it here first. Just don’t tell me I haven’t told you so!