Actually I was planning to write about the objectivity and integrity of the current press photography, based on some articles I recently read. However, something came up. It’s called Christmas. A yearly event that you spend typically with your family. This year was not any different. As a matter of fact, our small little family was re-united, that is all our kids came home for Christmas. And then you do the things most people normally do with Christmas. There are presents to give, there is food to eat and drinks to drink and, I don’t know how you spend your Christmasses, but during both days there are those moments when you don’t know what to do other than relax, listen to some music or do some crosswords. To chill is the appropriate term for this kind of behaviour these days, I think. But then, of course, since all our kids were at home, I could also make use of the opportunity and take some portraits again. It’s been a few months since I actually even touched my gear. It was literally gathering dust. But anyway, after re-installing the studio equipment, it turned out it was still working perfectly. I decided I was going to do a group portrait.

The idea was to do a group portrait of our three boys and I thought it would be nice to add something extra to the photo by using the element of invisible lines. Instead of a more or less traditional and classical composition where all three would be watching the camera, I had something different in mind. Number one would look at number two, who would look at number three, who would look at number one again. I thought it would make the photo less traditional and more interesting to see. The theory was okay, in my mind, but the reality proved to be a bit more difficult. I took some shots, but wasn’t able to create the image I had in mind. So in the end I gave up the experiment.

Luckily there was a plan B. One of the boys had seen a picture recently that he liked very much. It was a straightforward frontal head and shoulders portrait against a black background. Just two simple strobes to light the subject from the front left and right. No light on the background. This was easy enough to do. 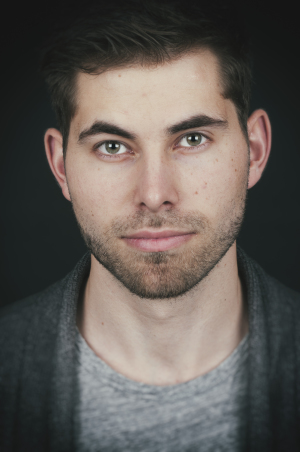 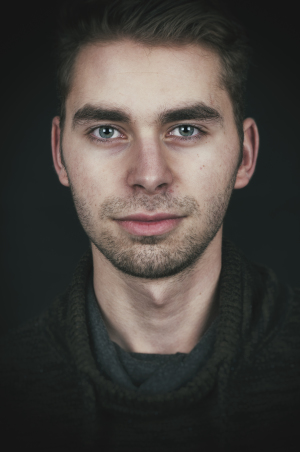 Both shots taken with 35-70mm f/2.8 D Nikkor lens with 70mm (which makes 105mm on my ASPC/DX sensor) and f/8. No cropping, but further post-processing with Nik’s Analog Efex Pro 2. Both models were very satisfied with the end result. In fact, it was so good they made it their Facebook profile photo. For me it was fun to be back in the studio and hold a camera in my hands again. Excellent way to spend Christmas.

I’ll do the post about press photo objectivity and integrity some time later.