Don’t let your eyes fool you

During the last weekend I watched an interesting webinar at Nik Software’s website. It was only posted a couple of days before, so quite recent. It’s called Visual Perception & Photography by Jack Reznicki and it is a 42 min. video about how your eyes can fool you. And of course, it being a Nik Software publication, how you can make use of certain tools, like Color Efex Pro 3.0, to manipulate your eyes and the way you look at photographs. For those who are interested, you can find the webinar here.

For those who find it too much hassle to watch the whole video: it shows some images where perfectly straight lines appear to bend at the end, a spreadsheet of rows and columns seems to use 4 colours where in fact actually only 3 are used, a checkerboard with a “dark” field in the shadow of another object turns out to be the same colour as a “light” field. It contains those kind of tricks, if you like, to illustrate how your eyes can be fooled. And then Jack Reznicki goes on to photography and how we can make use of this knowledge. For instance, we know that eyes are attracted to the lighter parts of an image. And to what is in focus versus to what is out of focus. No groundbreaking new theories. In fact, stuff we already know, but at least for me it was good to see it presented in a comprehensive video.

During the Easter weekend we had a little family brunch outside (the weather was truly wonderful) where I took some simple pictures. Nothing special, some portraits of the boys and other ordinary shots. But after having watched the webinar, I wanted to apply some of the stuff during post-processing with Coler Efex Pro 3.0. So here are some of the before and after images. Judge for yourself. 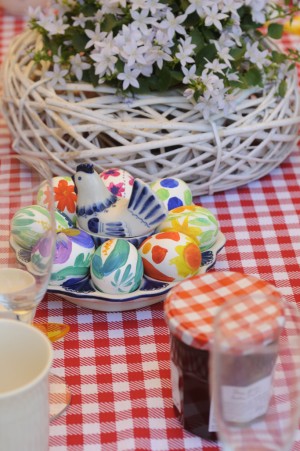 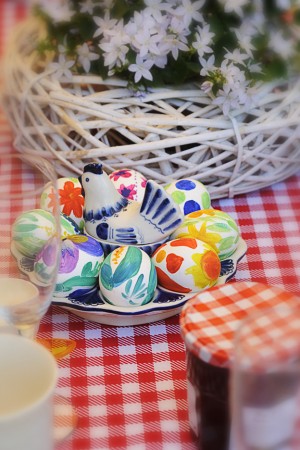 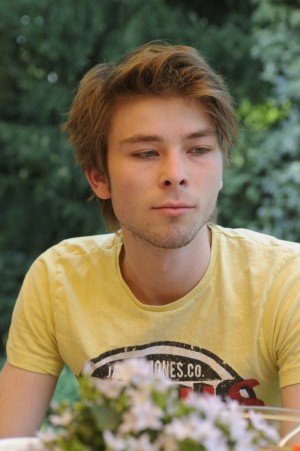 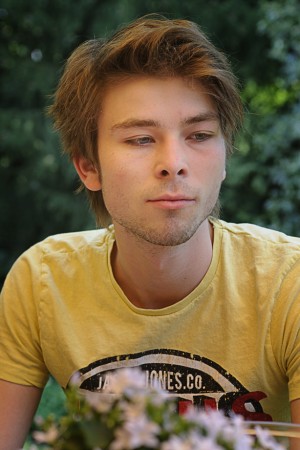 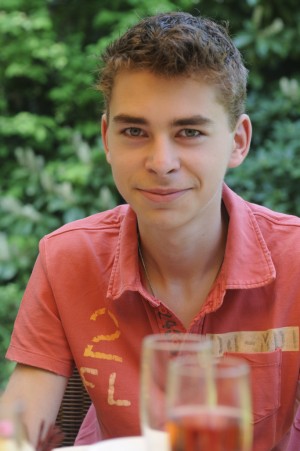 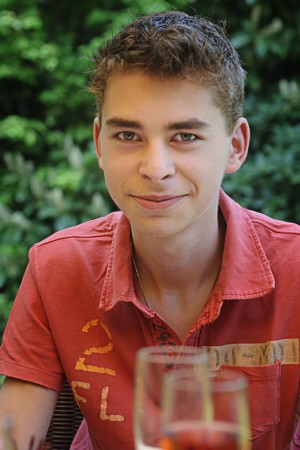 The effect used in all images is the one called Darken/Lighten Center. The other effect I used is called Vignette Blur (only used in the “egg basket” image). The idea is direct the viewer’s attention to certain areas of the photograph. By making these areas slightly brighter and/or by putting them into focus. Again, basic material we’re all familiar with and certainly no rocket science, but nevertheless I found it interesting enough to share it with you. The webinar is highly recommended (although Nik should do someting about the quality of it; the sound is not very good and captures are poor also).