My photo in Playboy

With a title like this I’m bound to increase this website’s hitrate! As is the case in many situations in photography, it’s not always what you think it is. Although I must say that the title is factually correct. But let me explain. First of all, it’s not a photo of me that’s in the December issue of (the Dutch) Playboy, but a photo by me. Secondly, it’s not a nude of a woman, as you might have expected. No, it’s a photo of my eldest son.

He was approached by Playboy a while ago by one of the editors who he happens to know. They we’re running an article on Dutch car design and how a number of Dutch designers hold high positions with several European car manufacturers. My son is involved in various Dutch sportscar designs, so it made sense to include him in the article as well. A few weeks ago he asked me to take his picture to go with the article. See below.

A decent shot, if I say so myself. More than adequate to go with the article, in my humble opinion. Every magazine has its own photo editors, of course. And this applies to a magazine like Playboy in particular. So, yes, the photo I took did end up in Playboy, no question about that. This is what the end-result looked like. 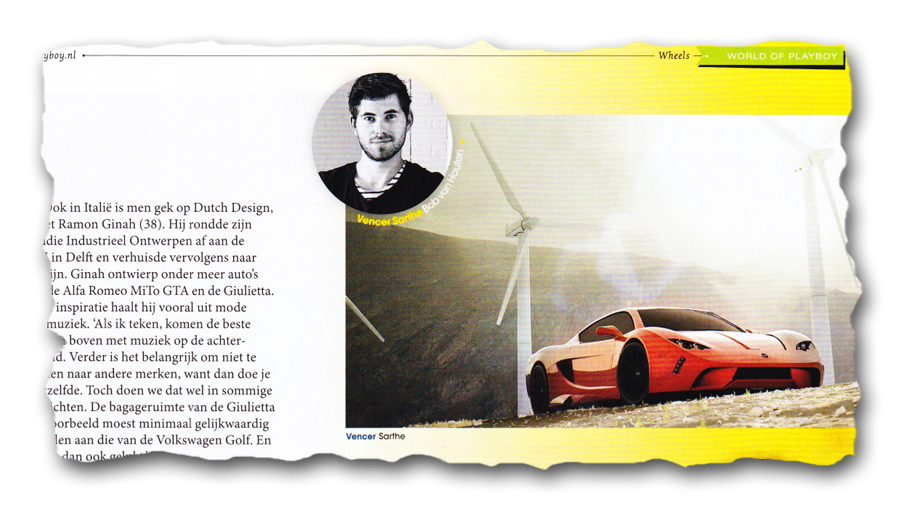 Some of you might consider this a somewhat disappointing result. From a photographical point of view I agree with this. But an article where my son is being mentioned together with some of today’s hotshots of European car design, makes it all worth it in the end. Even it’s in the Playboy. This being said by an extremely proud father…